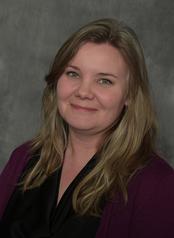 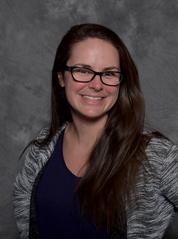 ​​Amy is delighted to be back teaching with LTA this year! She has been teaching life skills through theatre both in Langdon and through various theatre companies as instructor, creator and director in Calgary for many years and loves the creativity and energy of youth. Amy is also a professional actor and has been seen on stages in Calgary and Edmonton as well as in school gyms on tour across Alberta. She’s looking forward to having some fun, learning some skills and facilitating some great theatrical works of art this year with LTA! 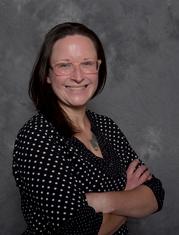 ​Heather is a mommy of two busy and dramatic girls. In her copious free time she enjoys creating things and playing guitar (well, learning to play). She loves everything to do with theatre and is very excited to work with and get to know the LTA group this year!

Shanny is has come back to our group and we have welcomed her with open arms! We are proud to have this experienced and talented professional teaching our budding actors all the amazing techniques and skills that they will need in order to become successful should they choose a life of acting.
​

Due to the help of many volunteers and Board Members over these years, we have built a solid and enduring organization. With the support of our funders, we have been able to grow in many ways, and to evolve our inventory of props and costumes. By hiring professionally trained actors and theatre personnel to teach our children and youth, we have set a standard of excellence for our presentations and productions.

"The concept of starting the drama program came about when I was working toward having my son come to live with me in Langdon. I wanted him to have something outside of school and video games to do. Drama sounded like a fun way for him and the other kids in the area to express themselves in a healthy positive way. Looking back brings a smile to my face when I think of the fun we all had organizing and getting ready for productions, building props etc. We certainly learned a lot about the kids, teens and ourselves. I feel very proud to have been part of it all."

"Being new to the community, I thought that helping launch a program like drama to help the children and teens in our community was exciting and definitely a worthwhile venture, something I wished was available in my community when I was growing up. Drama can help kids in so many ways, everything from the development of a healthy self-esteem, confidence, self-expression, developing public speaking skills, to just having fun! I feel blessed to have been part of starting such an important program. Langdon Theatre Association is what it is today due to the hard work and countless hours of volunteering from the various board members and parents over the years. Ten years is quite an accomplishment and to that I say BRAVO!!"

"We knew the whole family would get involved in LTA the first time we heard Frank ask, 'Hey Sandy, would you be willing to help with this?' Our oldest girl was enrolled from the beginning, but our little one wasn't able to join up as she wasn't able to read yet. However, she knew every line of "The Nightingale", before many of the actors had their lines memorized, just from listening to her sister read it. Our youngest was able to join the next year, and is still enrolled.

Before we had any storage trailers, all of the props and costumes were stored at our house. Being that we do not have a basement, you couldn't help but think theatre when you walked in our front door. Our kids have helped with props and costumes from the beginning, and to this day we smile when we volunteer or watch a performance, and remember when a certain item was built or bought for our stage. We have such respect for all of the actors during these past 10 years, from ages 5 to 18. They have persevered through abscessed teeth, broken arms and just sheer nerves, because 'the show must go on.'"

"When Frank brought up the idea for a youth theatre project at a Lion's meeting we all kind of looked at him like he had a third eye. Not being from theatre backgrounds we had no idea the value a theatre project could bring, not only to the youth of our community, but to the community at large. The LTA has become a sustainable organization because the parents see the incredible value it brings to the children. The volunteers that manage the ongoing operations should take a bow center stage."